"Worrying is as effective as trying to solve an algebra equation by chewing bubble gum." Hailing from Philadelphia, USA, Madeline Lawrence '15 lived with her family in Barcelona in the early 2000s. She attended the American School of Barcelona Grades 10-12 with her brothers Jamie '14 and Teddy '18. After graduation, Madeline attained her Politics, Psychology, Law, and Economics (PPLE) bachelor's degree from the University of Amsterdam.

Today Madeline is a venture capitalist at Peak Capital, leading new investments in Germany, Austria, and Switzerland. "I entered this industry because I realized I didn't want to practice law in my last year and started working during my studies in Startups. After my bachelor's, I joined a few crazy people to raise our own "micro fund' - we raised over a million euro's from the universities and started investing in young founders." She has already attracted much media attention with her insightful thoughts and opinions in the industry (click links):

Interview: Diversity in Venture Capital in the Sueddeutsche Zeitung

Interview: "My job is to make rich men richer" in Business Insider:

Article: 25 under 25: The top Gen Z Investors shaking up VC in Europe by Sifted

Fundraising Press Release: Article from one of her investments in the top tech media, TechCrunch (Verizon/AOL) (Quoted at the bottom) When asked to reflect on her experiences and teachers at ASB, Madeline responds, "I have to say every teacher I had influenced who and where I am today." She shares how and why below:

"Ms.Teresa had the biggest heart. She was incredibly patient - but also had an iron fist when needed. My world is brighter for having known her."

"Mr. Hennessy is from where my family is from. He was a real 'piece of home' for me. I appreciate that he let me be who I am. I am definitely someone that pushes the envelope and plays the devil's advocate, and he met me head on every time."

"Mr. Wager is just a ball of fun. I was not a particularly good student in math, and I feel the pain of that every day working with numbers. But, I had a great time and have loved catching up with Wager years after graduating."

“Lauscher, Monds, Leighty. Three very different people in every way. Studying English and literature with their guidance was a privilege because it meant I experienced three different ways to approach the 'same' subject. They taught me how to express myself, which is a skill that has taken me far (and will continue to)."

"Allison (Davis) was a real friend. I spent so many breaks on the couch in her office. She really provided a safe and open space to do it all, be it speaking about your worries about the future and if you'll get accepted to your reach school or doing nothing."

"I have to mention Mirza. Seeing as I ended up an investor, I should thank my economics teacher. Who would have guessed?"

"There are more to mention, but not enough time in the day to do them justice!" 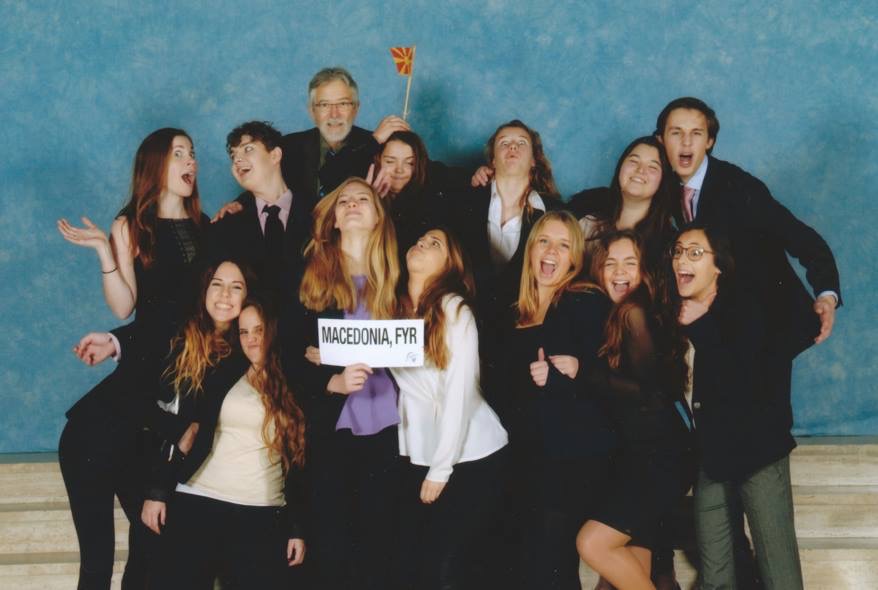 While a student at ASB, Madeline was involved in many extracurricular and service activities, including Student Council, MUN, and NESDA.

"I was president of the Student Council, and I'm sure everyone got annoyed hearing my voice on the loudspeaker every morning. I was also a total MUN (Model United Nations) nerd. Beyond leading our delegation at conferences across Europe, I even taught the MUN elective to middle school students. MUN is something I took with me to university as well. I founded Amsterdam's first MUN conference, and universities worldwide flew in for days of debate. MUN took me to over ten different countries. I can't thank Mr. Mass enough for his well of knowledge and energy. I was also deeply involved in NESDA (Speech & Debate). I loved the debate team and original oratory categories. I traveled a lot with my older brother, Jamie, to these competitions. Mr. Hennessy was a huge support in perfecting our arguments. He's got a real competitive streak that we needed. I also played Volleyball (not very well), but I loved the travel aspect. We also had a History Bowl and a few other activities." Favorite ASB memories include International Day and Halloween. Still, most memorable for Madeline was when her high school boyfriend, Willem, asked her to the prom in the middle of the cafeteria. "He remixed a song and sang it in front of everyone, complete with a speaker and microphone. I recall he enlisted the help of some other students who wore white shirts and suits and acted as waiters in a high-end restaurant. They set the table in the cafeteria with a white table cloth, poured out 'champagne' (sparkling apple cider) in glasses, and revealed a silver platter with the question 'Prom?' spelled out in Jamon Iberico. The entire student body watched, laughing." 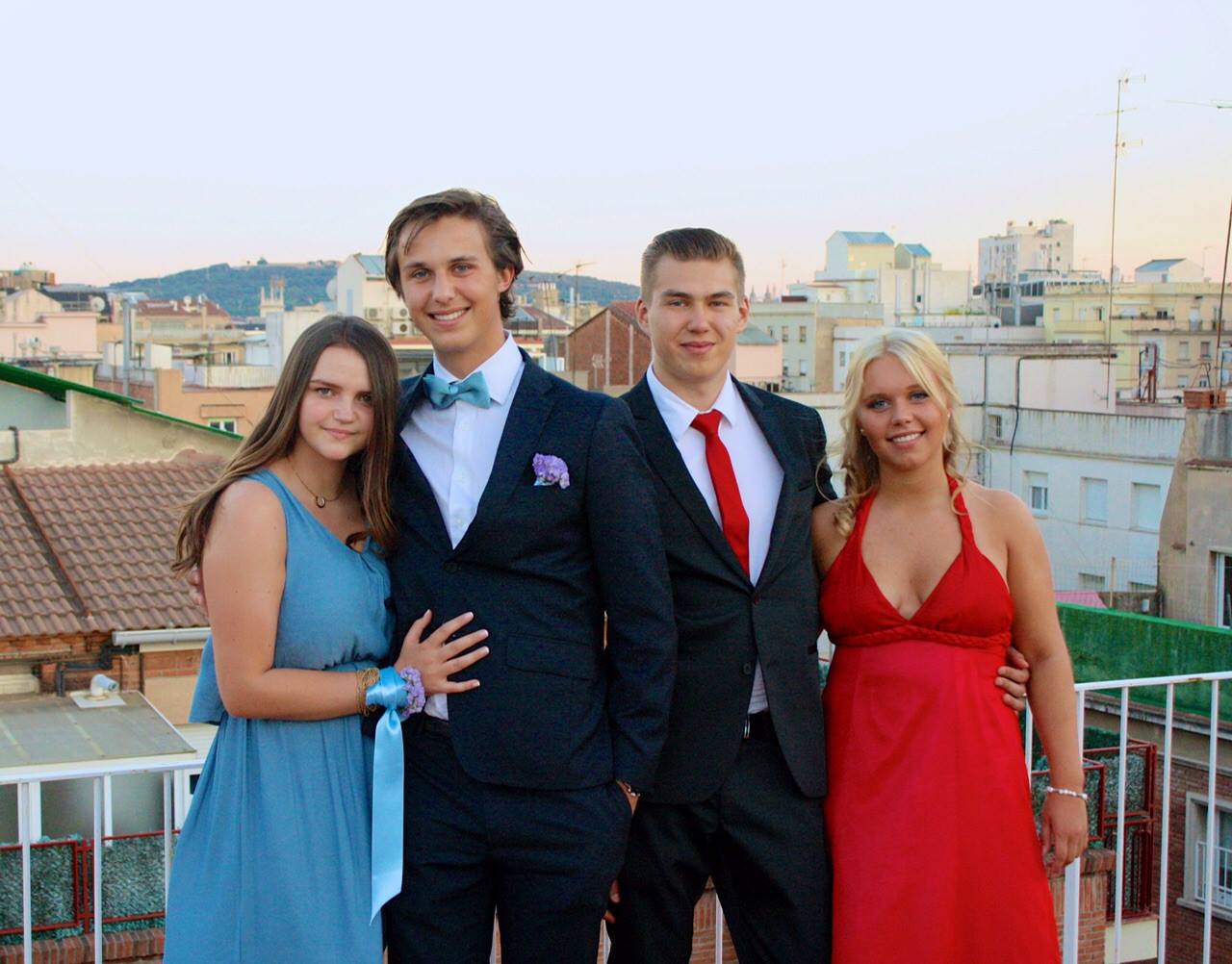 She also shares that delivering the graduation speech with a fellow student, Martin, was also a highlight of her senior year. "Rather than one story or narrative, we choose to name every student and teacher and give a compliment and joke about them. We switched between English, Spanish, and Catalan. Writing that speech was an amazing exercise in reflecting on the people I grew up with and what made them who they are. I think it was a hit." Asked to share some advice to current students, Madeline carefully reflects, "I know that everyone 'older' says this… and perhaps it is something I can only say with the privilege of hindsight. That is: don't worry. Worrying is as effective as trying to solve an algebra equation by chewing bubble gum. Problems that felt like the end of the world to me in high school are now things I laugh about, hard. No one will care what you studied or if you got a 5 in Math. I don't even remember what I wrote my extended essay about. So take every day as it comes and figure out what really matters at the end of that day. And wear sunscreen!" 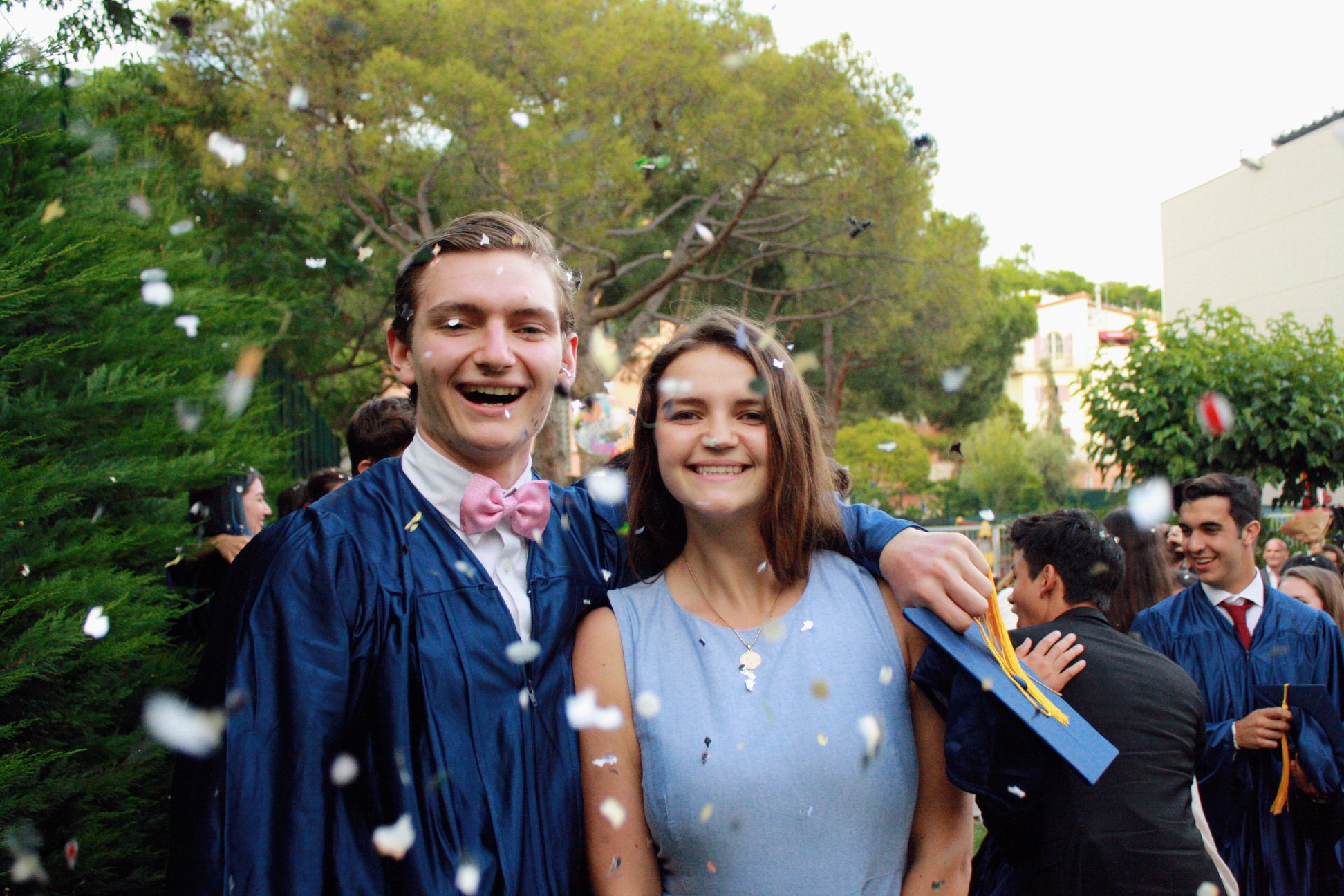 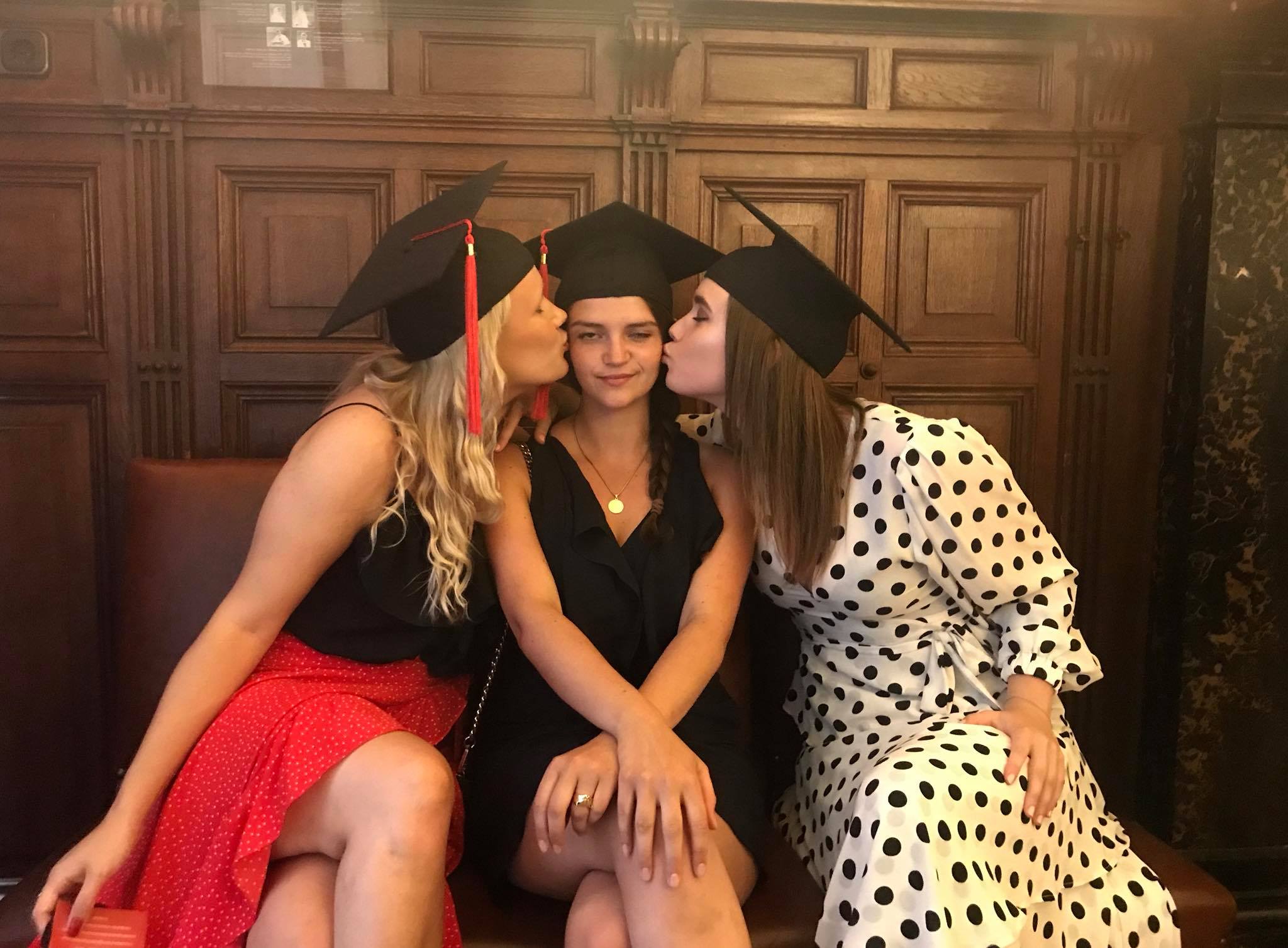 Once a Lynx, Always a Lynx! Marina Volchok '20 back on campus!

Marina is back on campus after her first year in Dublin. More... Welcome back to campus alumni from the Class of 2021

Many things change in a year but ASB family remains the same. More... "I'm so happy to have seen so many staff members here who impacted my life so positively." More... "I miss the support network of ASB but most of all, my friends and family." More... "My time at ASB has had an enduring impact on my life." More...